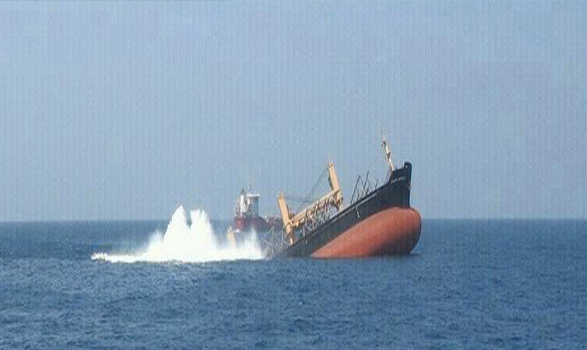 Captain A. M. Al-Janahi, Director of the Marine Emergency Mutual Aid Centre (MEMAC), has stated that in accordance with the decisions of the 15th Ministerial Council of the Regional Organization for the Protection of the Marine Environment (ROPME) a dual-part Meeting is going to be held during the period from the 27th to the 30th of May 2012 in Doha, State of Qatar.

The first part will be dedicated to the sessions of the Ninth Regional Steering Committee which is responsible for issues related to Implementation of MARPOL 73/78 Convention, which will last for 3 days, from 26th to 29th May 2012, and will cover a series of issues of highly importance for implementation of the Convention by the ROPME Member States, i. e. I. R. Iran, Kingdom of Bahrain, State of Kuwait, State of Qatar, Sultanate of Oman, Kingdom of Saudi Arabia and United Arab Emirates, whose representatives are the members of this Committee. These issues include, inter alia, the Status of Developing the National and Regional Monitoring Systems; Introduction of the Legal Framework to effectively implement the provisions of the Convention, and the Framework for the prosecution of offenders causing illegal waste discharges in ROPME Sea Area; Introduction of Guidelines of the National Waste Management Plan according to the MARPOL 73/78 Convention; Vessel Traffic Management System – Strait of Hormuz; and Designation of ROPME Sea Area as a Particularly Sensitive Area (PSSA).

It is worth mentioning that in this part of the Meeting, the Steering Committee members will determine and select a qualified company from the private sector to undertake the task of establishment of Waste Reception and Treatment Facilities in our Region as a prerequisite for implementation of the MARPOL 73/78 Convention. A Prequalification Questionnaire had already been distributed by MEMAC to all the Member States and the relevant companies of the private sector in the Region for this purpose.

Therefore, it has become a must for the ROPME Member States to join the relevant international Conventions, such as MARPOL 73/78 Convention and the Ballast Water Management Convention, to protect our fragile marine environment from any kind of pollution.