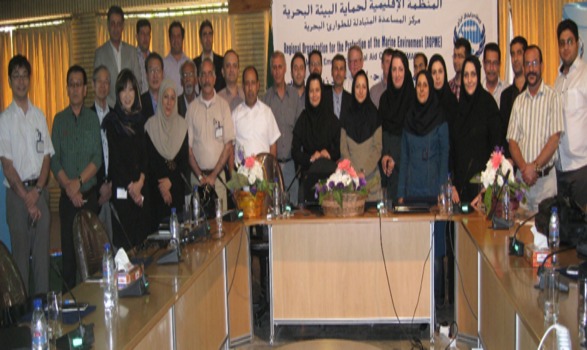 An important Workshop on Marine HNS and Oil Pollution combating Procedures and Process was convened in Tehran-The Islamic Republic of Iran.The Workshop tackled a lot of relevant issues, including introduction to some applicable Regional and International conventions and Protocols such as the IMO “International Convention for the Prevention of Pollution from Ships” of 1973, as modified by the Protocol of 1978 (Known as MARPOL 73/78), the IMO “International Convention on Maritime Search and Rescue” of 1972 (SAR Convention) ,the international Convention on Oil Pollution Preparedness, Response and Co-operation”, 1990 (OPRC Convention) and the “International Convention on Maritime Pollution by Dumping of wastes and Other Matter”,1972 (London Convention) and its Protocol of 1996.Furthermore, the Workshop tackled some other relevant issues such as: Principle Sources of Marine Pollution; Fate and behavior of oil and other Pollutants in the Marine Environment; Environmental impacts of Oil and other Pollutants and how they are covered by National, Regional and International Legislation; Requirements for Surveillance and Detection; Marine Sampling Protocols and Collection Methods; Analysis and fingerprinting of Oil and other Hazardous and Noxious Substances; Implementation of effective Marine Surveillance Programs; Introduction to Oil and HNS Modeling Methods and Systems; Introduction to Damage Assessment Guidelines and MEMAC Claim Manual; Containment and Recovery Equipment; Effective use of Dispersants; and Health and Safety Issues.

Resources
Emergency Contacts
In Case of Oil Pollution Emergency or any Type of Marine Pollution, you can contact us to any of our Phone Numbers mentioned on this Page, or to the MEMAC Director Captain Dr. A. M. Al-Janahi